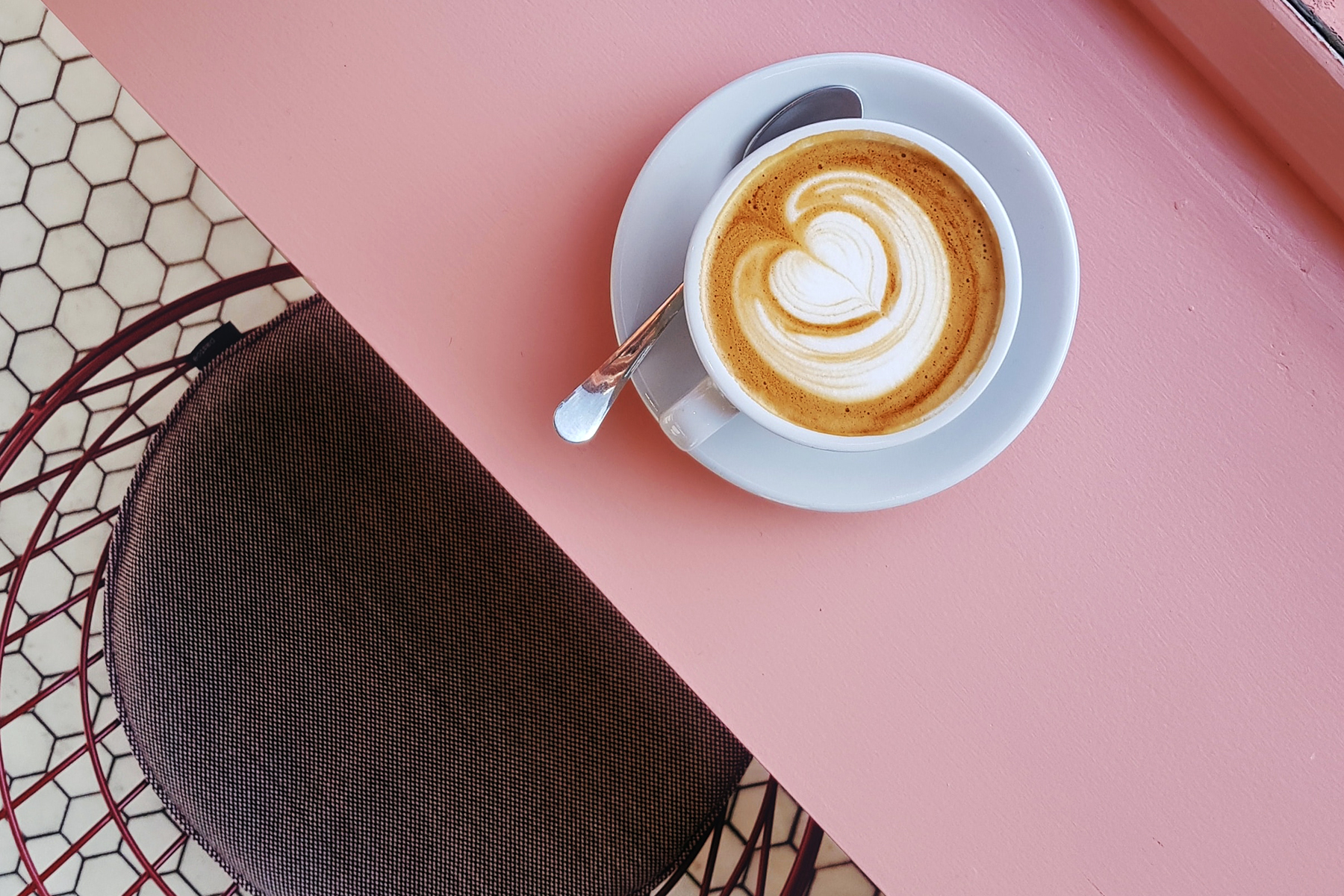 Coffee drinking is both fun and an essential part of life as a barista. But how much coffee should a barista drink? Why does coffee make people poo? And how can coffee professionals best manage their caffeine habit?

People drink coffee for many reasons: the aroma, the flavours, the social experience and, of course, the caffeine kick. For baristas, balancing their energy and coffee consumption with work demands is essential for a long and viable career. Here’s the essential information you need to know for better coffee drinking.

How much coffee should I drink?

Both Britain’s National Health Service (the NHS) and the US Food and Drug Administration recommend that most people can have a maximum daily caffeine intake of 400 milligrams, that’s around three to four coffees per day.

For an average coffee drinker, their daily intake is typically well below this guidance. But for baristas, there’s every possibility you regularly exceed the recommended maximum daily intake.

How much caffeine is there in coffee?

The quantity of caffeine can vary from coffee-to-coffee and by serve, but the averages are:

Why does the amount of caffeine vary by coffee?

It’s widely understood that Robusta has significantly more caffeine than Arabica coffees and there is growing awareness of low-caffeine varieties such as Laurina.

However, there’s a lack of good information to help baristas make informed decisions on how caffeine levels might vary by a coffee’s origin, varietal and processing. This is a great area for research in the future. And in the future maybe coffees will be measured for caffeine in the same way we currently measure moisture content before roasting or TDS after brewing.

Why does caffeine give me energy?

The first thing you need to understand is that caffeine doesn’t directly stimulate you 🤯. Rather it prevents a molecule called adenosine from slowing down your mind and body by blocking the adenosine receptor in your brain.

You experience a natural kick of energy that allows you to mentally focus, your muscles to work strenuously for longer and speeds up your reaction times.

Plus, caffeine also encourages dopamine activity to facilitate a general feeling of wellbeing. 🌈

How long does a caffeine kick last?

When drinking coffee the levels of caffeine peak in minutes. It then is slowly expelled from your body as you urinate and defecate.

For most people enough caffeine stays in your body for six to 12 hours to keep you energised, but it depends on all sorts of factors including how much caffeine you’ve consumed, your normal coffee drinking habits and your body’s natural processes.

As caffeine levels are reduced, adenosine is again able to dock in your brain and you increasingly feel weary.

Why does my coffee no longer give me the caffeine kick it once did?

Your body gets used to the levels of caffeine that you consume. Recognising that you are no longer receiving typical amounts of adenosine, your brain creates more adenosine receptors. With insufficient caffeine to block all the receptors, the adenosine can again do its work.

How to get your coffee kicks back

You can simply increase the amount of coffee or its frequency, assuming you are below the recommended caffeine intake levels. However, of course your body will again acclimatise to the increased caffeine levels, create new adenosine receptors, and you’ll again lose the caffeine kick.

Periodically, its good for baristas to reduce your coffee intake for two or three days. Over this time your brain can reduce the excess adenosine receptors and when you return to drinking coffee, you’ll get caffeine’s full benefits.

If coffee gives me energy, why do I sometimes feel jittery?

Caffeine also encourages the production of adrenaline in your body.

Adrenaline is typically produced at moments when your body needs to take rapid action, such as the ‘fight or flight’ modes. The adrenaline increases muscle strength and speed, quickens your heart rate, and deep thinking processes are paused to prioritise quick-thinking responses.

The body is only designed to experience adrenaline for short periods of time, so too much caffeine can make you feel jittery as your body copes with the exposure to the adrenaline.

This is generally a sign that you’ve consumed too much caffeine. Other signs are a raised heart rate, for some people the jitteriness turns to nervousness, and around half of all people need to suddenly use the loo.

Why does coffee make me poo?

Eating and drinking start a reaction where the colon contracts in response to the stretching of the stomach. This causes the contents of the intestine to be moved along more quickly. However, caffeine causes a greater reflex than many other molecules commonly found in food and drink. It’s also currently a bit of a mystery as decaf coffee can increase bowel movements as well.

Also, people often drink coffee when they wake up or with their first meal of the day, times that your body is already naturally primed to poo. So there can be both physical and psychological factors in play when you suddenly need a post-coffee pit stop.

Why do I suffer from caffeine withdrawals?

If you suddenly drink less coffee, there will be uninhibited receptors available to receive the adenosine in your brain.

We recommend the United Baristas team periodically reduce their coffee intake for several days a couple of times a year. Some even temporarily stop drinking coffee, but it can be a rough experience both for the person – and those around them!

Can I balance out my caffeine habit with alcohol?

No, don’t do this. While alcohol is a depressant and does slow down some of the effects of coffee, it also has its own chemical pathways in your body which caffeine doesn’t impact.

Also it’s not good for your physical or mental health to have either too much caffeine or too much alcohol.

The NHS recommends people drink less than 14 units of alcohol each week, which is up to about seven pints of 3.6% beer or nine small glasses of 12% wine. It’s also recommended not to consume all 14 units in a single day and to have at least three alcohol free days each week.

Some people should have a lower caffeine intake

Sometimes medical professionals make recommendations for people to reduce their caffeine intake. The most common cases are during pregnancy and if a person suffers from high blood pressure.

The NHS recommends a daily maximum caffeine intake for pregnant women of 200 mg, which is one to two cups of coffee.

How can I consume less caffeine?

For many baristas drinking and tasting coffee is a key part of their job. To limit your total caffeine intake you can:

While baristas are super people, we are not superhuman. So try to stick to less than 400 mg of caffeine each day. The sweet spot for health and wellbeing for most people is typically between one and four cups of coffee a day.

Any other tips for managing my coffee intake?

It’s good not to let the demands of work crowd out your love of coffee drinking. So we like to make sure that we have at least one coffee each day that is drunk for no other reason than coffee drinking pleasure.

How does caffeine effect you? Let us know, we’re on all the usual channels.

• Water, drinks and your health, NHS Live Well
• Spilling the Beans: How Much Caffeine is Too Much?, U.S. Food & Drug Administration
• Alcohol Units, NHS Live Well
• How does caffeine keep us awake?, Hanan Qasim, TED-Ed
• You can explore the caffeine content of some drinks and brands on caffeineinformer.com 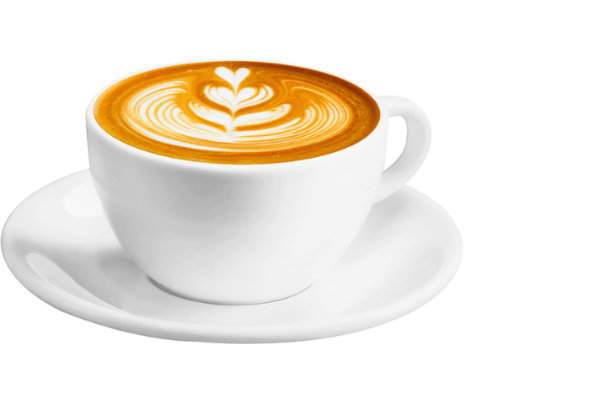