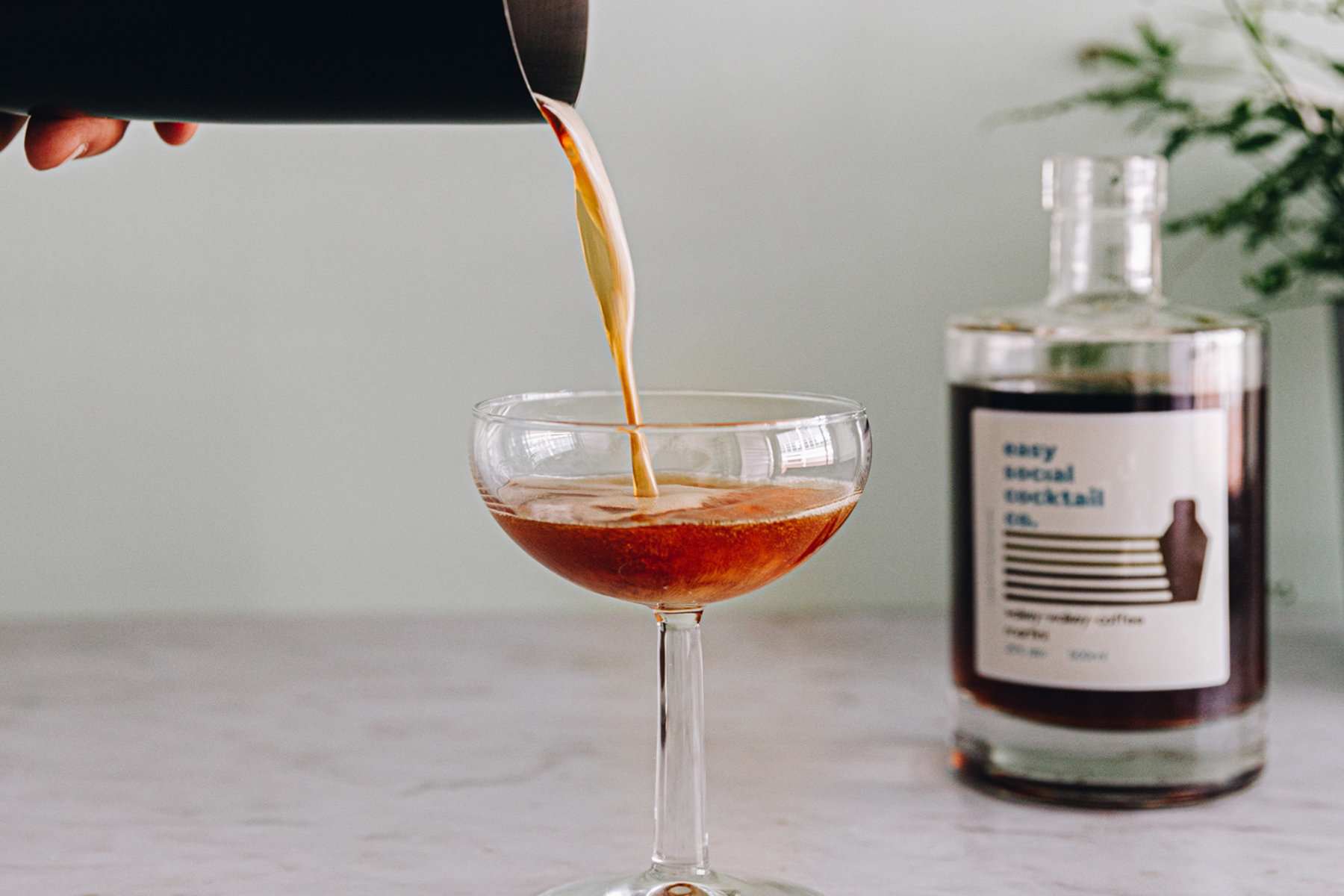 United Baristas returns to talk with Nate Brown from Easy Social Cocktail Co. after we learned he’d made a coffee martini from used coffee grounds during the recipe development and filming of our festive coffee cocktails. We wanted to learn more about how he discovered there’s so much flavour in the coffee that baristas are throwing out and why he decided to make a coffee martini.

Tim: Why does the world need another espresso martini?

Nate: ‘Cause it deserves a good one! And this is, in fact, a coffee martini not an espresso martini. Espresso martini taste best when the espresso is freshly made otherwise it can be flat, bitter or barely coffee flavoured. And then it becomes a token drink, after all, its name says that it should be espresso-flavour forward.

We wanted to utilise the flavours that you get from cold extraction. These brews are stable, consistent, tasty – and they bring something more to the finished product than just a crude coffee flavouring. You get all those more nuanced notes of fruit, spice, chocolate and nuts that you get in brewed coffee plus the oils which create a creamy mouthfeel. It’s got everything that you’d expect from proper coffee.

T: It has a strong aroma of vanilla and it tastes to me like the base isn’t neutral grain spirit…

N: Wow! Okay, good. So at the risk of this turning into a longer chat, many espresso martinis use cheap vodka. It can be rather nasty, there’s not really much flavour to it and it’s just a bit harsh. But it makes sense to use a cheaper vodka if you’re using bitter espresso because you can just dial up the sweetness with sugar. But that overwhelms the coffee and it tastes one dimensional.

We wanted to do something that celebrates coffee and because we use really good coffee it tastes like, as you said, vanilla and chocolate for a number of reasons. Firstly, we use spent coffee grounds. We have a coffee roastery next door and have ready access to something that would otherwise be thrown away. But this coffee still has bags of nuanced flavours in it.

T: So they’re making espresso, knocking out the pucks and then you are collecting the grounds?

N: Correct. They’re roasting the coffee, grinding it, preparing espresso, and then we collect the spent pucks, bring them over here to make this drink. And when you have the pucks in your hands, you can smell there’s so much flavour still in there.

N: We sourced our base spirit from a distillery just down the road. They’ve put their NGS [neutral grain spirit] through a fairly-new copper still and you end up with a really creamy, vanilla-tasting, luscious mouthfeel spirit. And then, stealing from the whiskey world, we use a variation of the sour mash method. So, in the way sherry does, we have a vat that is never completely emptied. When we get down to about one-third, we top it up with more spirit, other spirits and more coffee. So there is consistency from batch to batch but it’s always an evolving product because each batch of the coffee grounds is slightly different and we need to tweak the recipe, ingredients and extraction time to get the best result.

We taste as we go and the method can be quite laborious. But because of the slow extraction we end up with something that has plenty of oils from the coffee and when you shake it you get all that classic espresso martini froth.

T: How have you lowered the CO₂ impact?

N: There’s three things we’ve focused on: the sourcing, the production and the packaging. We’ve already talked about the fact that we’re making something delicious from coffee that would have otherwise been thrown away. And we also use locally distilled spirit because we can collect it ourselves and it comes in big pouches.

Another benefit of using a cold brew method to extract the coffee is that it is at ambient. So we get the flavours from the coffee that we want and there is less energy used. It just takes time. Oh, and our customers can buy the coffee martini in a bottle or opt for a lower CO₂ pouch.

N: Well, the whole point was that it was easy! I don’t like going to parties (I’m sure no-one likes to be in this position) when you arrive with booze and they go “right, off you go into the next room to make it for us.” Awgh, fantastic! So we wanted to create a full range of drinks that are easy to make and are easy for people to be social around.

So, nothing needs adding to it. Use about 100 ml and all the sweetness and spirits and everything is already in here. Just give it a good shake and strain it into a glass. And you can see from the froth because we’ve used so much coffee and we’ve let it infuse and infuse and infuse, it does become saturated with the oils. It will be slightly lighter in colour, but it’s much deeper and richer in flavour than your traditional espresso martini. Easy as that. 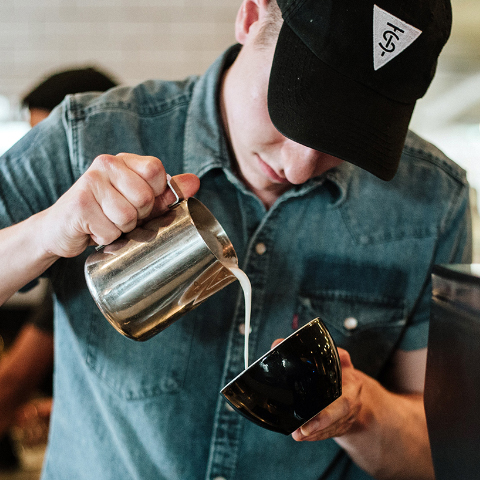