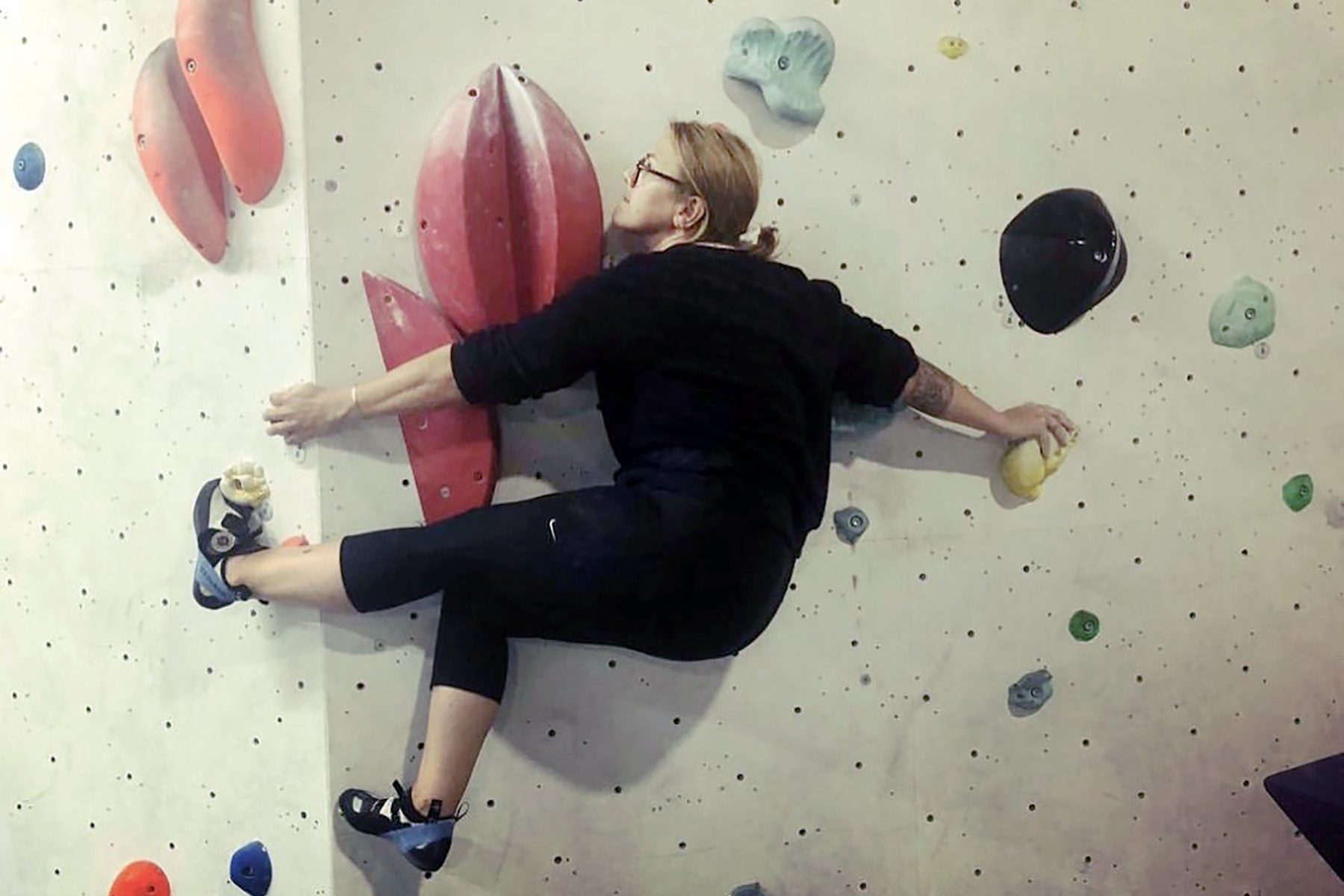 Ashley Dawes is a key account manager at Union, and is discovering new ways to scale new heights

United Baristas is running a new series looking at the sporting hobbies people from across the coffee industry have. We want to understand why they do it, how they got involved with their chosen sport, and what motivates them.

Submit a coffee person with an interesting sporting hobby

When the words rock and barista are said in the same sentence one typically thinks of music. But Ashley has recently taken up rock climbing, a sport which demands focus, skill and strength. She sat down with United Baristas founder Tim – himself a one-time rock climber – to talk about her newfound passion.

Tim: How did you start rock climbing?

Ashley: I had stumbled across the rock climber Alex Honnold on Instagram and found the stories and photos to be immediately captivating. His documentary Free Solo won an Oscar. I ended up following a lot of climbers on social media for about two years before I actually tried climbing myself!

How often do you climb?

I now climb around three times per week, with a weekend session lasting most of the day usually. Weekdays tend to be bouldering sessions (shorter climbs without ropes) of around two hours followed by Yoga For Climbers, which is a great way to end the day and wind down before bed.

What do you get out of it?

Constant, changing goals and new achievements to strive for. Increased physical strength and fitness. Loads of fun! And a bunch of awesome new friends, which was a really unexpected outcome.

What does it bring to your job?

It gives me a calmer mind and an increased ability to focus, as well as the social factor. I took some of my colleagues from the roastery to Mile End Climbing Wall which was a great night!

What can you do now that you couldn’t when you started?

Climbing has its own grading system, which starts at grade V0. Over the past year I’ve progressed to V6, so I’m really happy with this. My new rule is that I will try to climb what my climbing friends are climbing. They are much more experienced than me, and climb much harder routes. So I might only be able to complete one or two moves out of say the ten it would take to get to the top, but it’s a good mental state to get into now and then. Being out of your comfort zone and trying to grasp things that are out of your reach – both literally and metaphorically!

What are your rock climbing goals for 2020?

I’m embarking on my second outdoor climbing trip at the end of this month, which will be a trip to Costa Blanca. I’d like to improve my ability to scale longer climbs and build the stamina! Whilst training for this, I’ve realised it makes all those London Underground escalators easier to scramble up, when out and about visiting customers and lugging coffee and tools around!