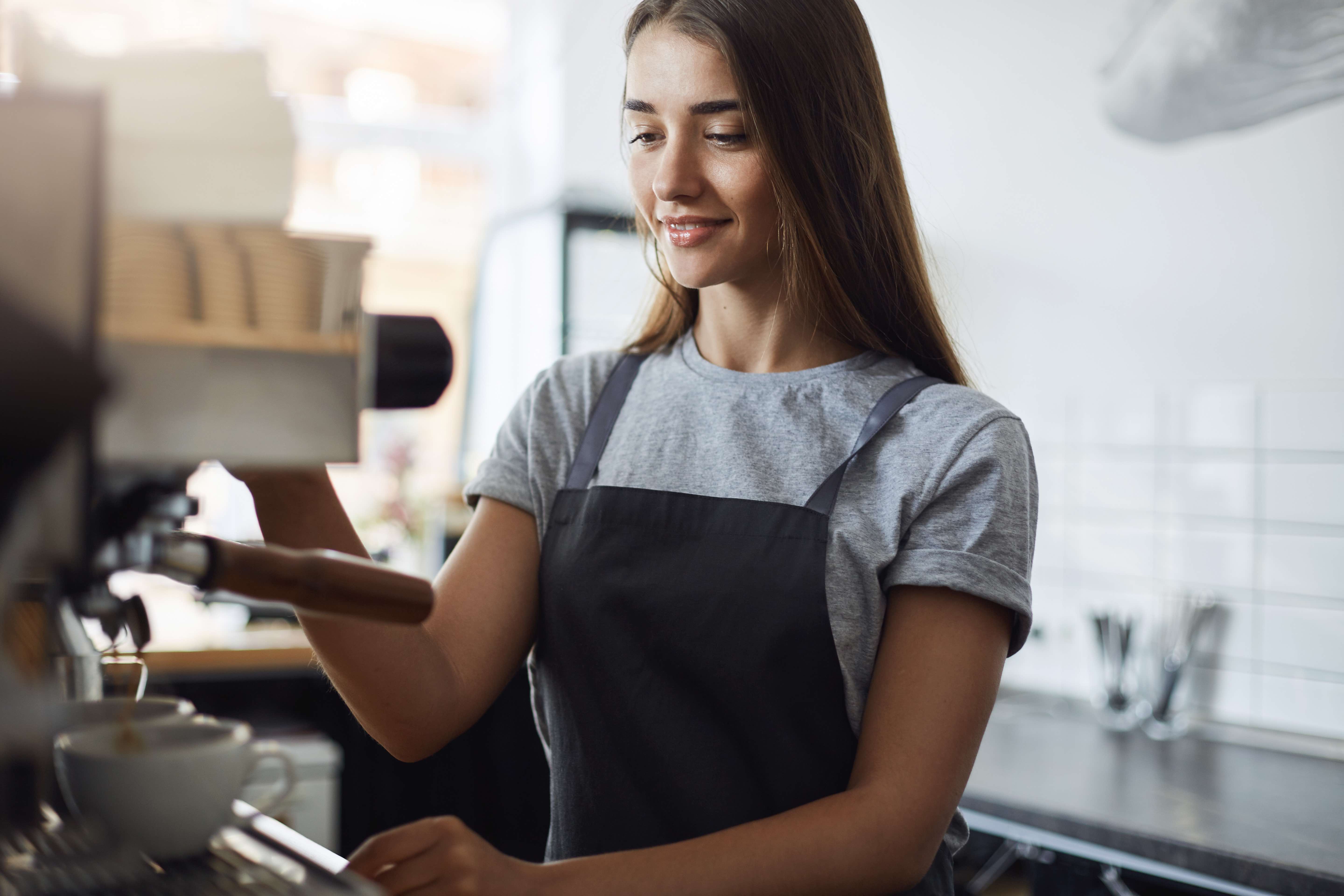 There’s no shortage of extracurricular activities either. Many baristas travel to origin, compete in competitions, attend industry events and devote time to furthering their knowledge.

So with all this activity, energy and passion, why are coffee professionals not better paid?

At its foundation, productivity is a measure of how much money a unit of work creates.
Economists can measure the productivity of countries by dividing the number of workers into the gross national product to work out how productive an average person is.

Businesses measure productivity too. For example, factory managers have long measured the number of widgets a production line can produce and their job is largely to make the line more effective (produce more widgets) or more efficient (produce the same number of widgets with less work).

Productivity is also an indicator of a company’s ability to create wealth, with revenue per employee being a comparative measure amongst corporates, including the tech giants. Google’s parent company Alphabet earned revenue at a rate of almost $2,000,000 per employee per annum in Q3 this year — making it the 20th most productive company in the world.

A worker creating more value per unit of work generally gets paid more than a worker generating a lower value of work.

As we’ve been pointing out in our recent series of articles, it’s not the gross profit margin that shapes the fortunes of a coffee shop; it’s the gross profit per transaction. The current challenge for the specialty coffee industry is that many employees spend a much of their time handling many, low value transactions. In other words, their productivity is low.

Some back of the napkin calculations deduce that many coffee shops have revenue per employee of circa £50,000 — 100,000. By comparison, a Google employee is around 20x as productive. That means it takes an average Google employee less than 30 minutes to generate the same amount of revenue as a coffee shop worker does in a day.

In this light it’s no surprise that many baristas are busy, but there’s not much money to go around.

The UK’s addiction to cheap labour

Specialty coffee exploded in the UK in late 2000s, just after the global financial crisis, and I’ve previously made the case the it was this broader economic situation that provided the right environment for the evolution of coffee to take place. Specifically, new businesses were able to take leases on premises on more favourable terms, and a wave of talented grads who, normally would have taken ‘professional’ jobs, took a job in coffee because they liked the product and they were happy to have a job in an otherwise challenging job market.

The UK coffee shop concept and business model, which has subsequently become the template for many coffee shops, was developed at this time — against an artificial backdrop of cheap labour and low rents. Additionally, eager to please customers, the much of the industry took on more staff at reducing levels of commercial worthwhileness.

We are now at a point as an industry where a significant proportion of work carried out generates limited economic value. To keep linking the various threads of conversation together, it’s critical for your business to understand which products and services it delivers profitably for its customers.

We’ve got ourselves into a vicious cycle.

Finally, as costs have increased towards historical norms (and additionally as inflation has come through following the devaluation of the GBP), the previous business model is coming under increasing pressure.

UK, and some European, baristas regularly talk about the higher wages in other countries. It’s worth noting that the regularly cited examples of Australia and North America, actually have quite different concepts, business models, and levels of productivity.

Many specialty coffee companies are aiming to lift their productivity in order to become viable businesses. And the next wave of entrepreneurial activity will be around developing concepts, operations and business models that allow businesses to deliver more value to consumers, or deliver coffee more efficiently.

The next wave of coffee entrepreneurs will be focused on productivity.

For most businesses and baristas, this means a combination of: